FAQs for the Gathering of Nations Pow Wow 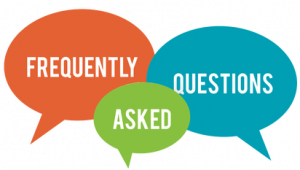 GON is an all ages event, and is rain or shine event. We encourage spectators/participants to leave all LARGE BAGS/SUITCASES in the trunk of your vehicle, as there is limited seating space in the area to accomodate large items. Seats are neeeded for every person who needs a seat, please be fair and considerate.

We suggest you arrive early in anticipation of heavy traffic  and ALL BAGS AND OTHER ITEMS WILL BE SUBJECT TO SEARCH AS YOU ENTER THE POW WOW GROUNDS AT EXPO NM FOR THE GATHERING OF NATIONS & the Miss Indian World Pageant at the Albuquerque Convention Center. This is to ensure the safest environment for everyone attending.

Thank you for your cooperation.

FAQ SECTION – CLICK THE QUESTION TO EXPAND THE ANSWER

WHAT ARE THE DATES FOR THE GATHERING OF NATIONS POW WOW AND MISS INDIAN WORLD?

WHERE IS THE GATHERING OF NATIONS EVENTS HELD? WHAT ARE THE LOCATIONS OF THE EVENT?

WHO NEEDS A TICKET FOR THE EVENTS?

Everyone 2 years of age and older  needs a ticket for the Events.

WHERE CAN I PURCHASE TICKETS?

Tickets for General Admission for the Gathering of Nations Powwow and Miss Indian World Program go on sale November 1, 2022 online and available at the event doors.

WHAT TICKET OPTIONS ARE AVAILABLE FOR PURCHASE?

WHAT KIND OF SEAT DO I GET FOR VIP?

Your VIP ticket for the PowWow is reserved seating, and your Box and Seat Number will be printed on your wristband.

Single Day e-Tickets purhcased online, you may go directly to the Entry Gate and have your barcode scanned for entry (barcode will be invalid after scan).  Single Day tickets may be purchased at the event as well.

VIP, Two-Day Wristbands and Miss Indian World: BRING YOUR TICKET CONFIRMATION TO WILL CALL AT THE EVENT. To speed up the process of receiving your wristbands, have a copy of your bar code to obtain your tickets.  DO NOT GO TO THE TICKET GATE UNTIL YOU RECEIVE YOUR WRISTBAND(S) and/or Miss Indian World Traditional Presentation Show ticket.

HOW CAN I PAY FOR ADMISSION AT THE GATE:

ARE THERE GROUP RATES OR DISCOUNTS ON TICKETS? HOW ABOUT SCHOOL RATES?

IS CAMPING OR RV CAMPING AVAILABLE?

WHAT WILL I SEE AT THE GATHERING OF NATIONS POW WOW?

The Gathering of Nations Pow wow is Friday & Saturday, April 28-29, 2023, and will be held on the Pow wow Grounds at Tingley Coliseum/Expo NM. Competition Native American Singing and Dancing, featuring over 3000 participants from Tribes across North America.

Pow wow will be in Tingley Coliseum/EXPO NM and the other activities will be around the Pow wow Grounds at EXPO NM. THIS IS AN ALL AGES EVENT AND THE PUBLIC IS INVITED!!!!! COME AND EXPERIENCE THE MAGIC OF THE GATHERING!

Handicap seating for Wheelchairs/scooters is limited, is available on the mezzanine (lower) level, with elevator access to mezzanine level. VIP seating is NOT wheelchair accessible.

WHAT ARE THE EVENT DIRECTIONS?

WHERE DO I PARK FOR THE EVENTS?

If you are using Uber, Lyft, Taxi or a general drop off/pick up at EXPO NM is at the designated location, OUTSIDE Gate 4 in the Round Driveway on San Pedro; at the Albuquerque Convention Center near the west building.

ARE THERE BUILDING CAPACITIES AT THE EVENT?

Every building at Expo NM has a building capacity, therefore when the building are at Full Capacity, people may have to wait a short time for the building to open, however, there are a lot of open spaces and activities on the Powwow Grounds as well as Big Screens will be located in areas outside for viewing. Building capacities are set and enforced by the NM Fire Marshal and Expo NM.

We encourage spectators/participants to leave all LARGE BAGS/SUITCASES in the trunk of your vehicle, as there is limited seating space in the area to accommodate large items. Seats are needed for every person who needs a seat, please be fair and considerate.

CAN I BRING MY SERVICE ANIMAL?

Under the Americans with Disabilities Act (ADA), only dogs (and miniature horses where reasonable) qualify as service animals. Dogs or miniature horses only qualify if they are trained to perform a task or tasks directly related to an individual’s disability, such as guiding people who are blind, pulling a wheelchair, or alerting someone of an imminent seizure.

Pets, emotional support animals (ESAs), comfort animals and therapy animals are not service animals under the ADA because they are not trained to perform a task or tasks directly related to an individual’s disability.

Service animals must be allowed to accompany the handler (‘handler’ means owner or, in New Mexico and some other states, a trainer) to any place in a building or facility where members of the public, program participants, customers, or clients are allowed. Even if a business or public program has a “no pets” policy, they may not deny entry to a person with a service animal.

If it is not obvious what task or tasks an animal has been trained to perform, only two questions may be asked:

An entity may deny access to a service animal whose behavior is unacceptable or in situations in which the person with a disability is not in control of the animal. Uncontrolled barking, sniffing food at a restaurant table, jumping on other people, or running away from the handler are examples of unacceptable behavior for a service animal. The handler must be given the opportunity to control the animal and if they are unable to do so, they must be allowed back on the premises without the animal. In addition, it may be appropriate to exclude a service animal from places such as operating rooms or burn units where the animal’s presence may compromise a sterile environment.